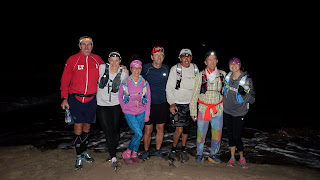 I have to start by saying there were signs. Little messages from the running gods. What were they telling us? Beware - problems lie ahead. Maybe it was the flooded tunnel at the start, which forced us all to climb fences and cross over PCH in the dark. Or maybe it was when I was attacked by a hefty trash bag that nearly took me down as we were crossing over the 5 fwy.

When I realized she wasn't with us when we reached Old Camp, I sat down on a makeshift miner's bench. Cracker and Rob M continued down the mountain. I waited. Five minutes. Ten minutes. No Lindsay. It was getting dark now. I clicked on my light and started back up Joplin, concerned something was seriously wrong. 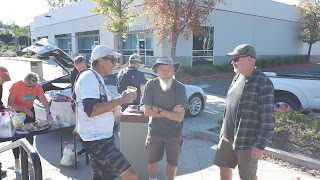 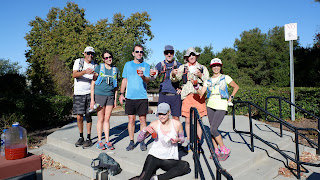 One lesson (I hope) we learned at this year's Saltwater is that it is important to stick together. Splitting up, or continuing down the mountain when a runner isn't accounted for, just increases the risk of problems occurring on the mountain. Especially at night.

Only four runners reached the summit this year, the lowest number in 7 years. And with the roads closed, we knew there would be no crew at the top of Joplin or the summit. So when Rob M, Cracker C, Lindsay J and I left the Oasis aid station manned by John cubed, Melissa and Luken, we all agreed to keep moving and try to get off the mountain before sundown. Cracker and Rob even marked the trail with flour for us, ensuring we wouldn't get lost like last year (Jackass for me). 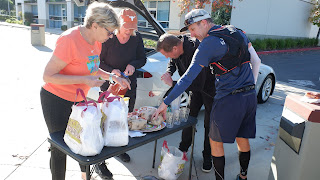 As I continued up Joplin I began to wonder, what could've happened to her? She was running well all day, and the four of us had stuck together since leaving the summit, even stopping a couple of times coming down Joplin to regroup. It was then, as darkness was settling in, when I came upon it; her running pack, laying in the middle of the trail. Now I was worried.

Starting with eight runners at the ocean, we made it through the first 20 miles in good time, stopping at the Bake aid station manned by Kevin S and John cubed. The 15 mile aid station was, as always, well stocked with bloody marys and bfast burritos by Jen C, Susan K and Wolfgang J. Definitely our marque stop! 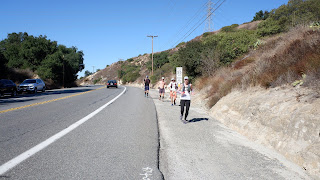 Jeff and Arielle P had already decided to tap out at 20 which meant only six runners would be attempting the summit. Then Mike F and Mona G decided to turn in at mile 29 and, as it turned out, be entertained by the debacle that was about to unfold on the mountain.

It was now pitch black and the only thing I could see was through a narrow tunnel illuminated by my headlamp. I yelled for her, Lindsay! Lindsay! every few steps as I made my way back up the mountain. No response. I looked at my phone. I should call the crew to tell them what is happening.  No signal. Shit. I kept hiking, and calling out. 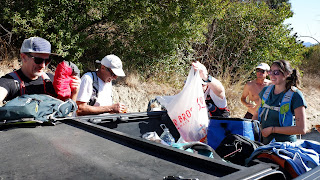 In the meantime, Rob M and Cracker were a few miles(?) down the mountain waiting for us, unable to know what was going on. I continued my solo search in the dark, getting more nervous about the situation. Did she fall off the trail and into a ravine? I climbed down and into several revines looking for her. Nothing. 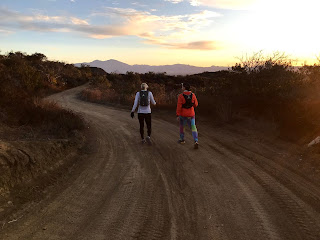 Then, finally, I heard her voice. I'm here! She was coming down Joplin as I was going up when we met. What happened? Are you ok?, I asked nervously. "I dropped my phone and went back for it. And I deserve the Jackass award." What a relief. I called Kevin S as soon as we got a signal and told him we were 5 miles out but on our way.

Things were about to fall apart for Rob and Cracker further down the mountain. After waiting an hour for Lindsay and I, they got a call from the crew telling them to go ahead and finish the last two miles down the mountain. Finally, the crew, who'd been waiting patiently for the four of us to get off the damn mountain, knew we were all getting close. 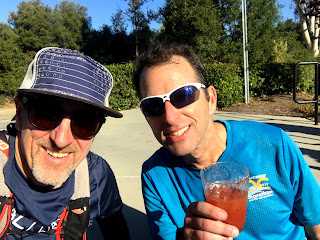 After running for 13 consecutive hours, starting and finishing in the dark, and climbing some 8,000 - 9,000 feet, Lindsay and I finally made it to the finish where Mona G, Mike F, John W, John John, and Kevin S were patiently waiting. We were spent and, like everyone, ready to head home. But there was a small problem. Rob and Cracker were still on the mountain. Lost. 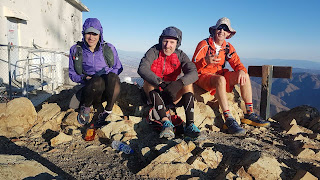 Having started the day with very little Jackass material, things quickly devolved into a plethora of Jackass opportunities. Starting with my two falls and bout with a shopping bag, then moving to Lindsay's dropped-phone-MIA act , then settling on two knuckleheads requiring audio directions from google maps to find the finish, we had more than we needed to settle the Jackass score. But what took the cake was when Rob and Cracker finally approached the cars after wondering in the night, Cracker's phone boldly announced "you have arrived at your destination!" 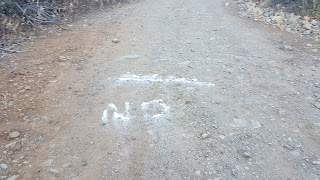 A huge thanks to all our crew including Kevin S (crew of the year award), John W, John John, Melissa, Lucan, Jen C, Susan K and Wolfgang J. 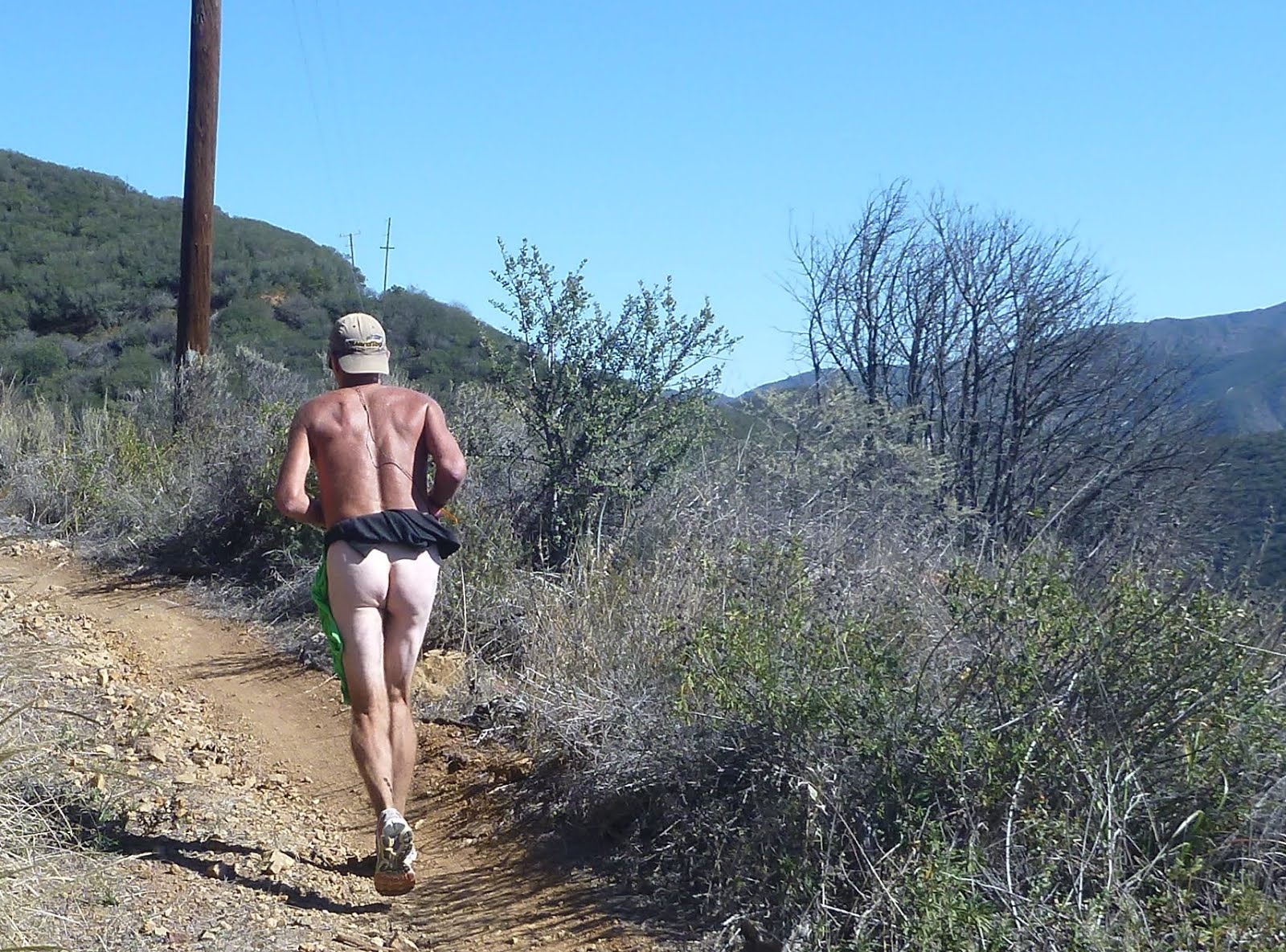